NYTimes: “The Small Team Behind ‘No More'” 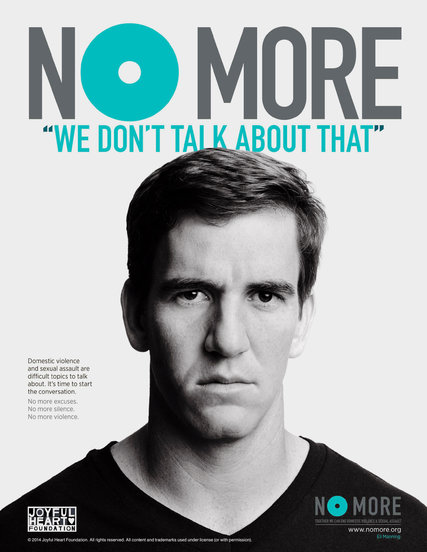 This National Football League season got off to a disastrous off-the-field start. In early September, TMZ published a video of Baltimore Ravens running back Ray Rice punching his fiancée (and now wife), Janay Palmer, in an elevator. Days later, Minnesota Vikings running back Adrian Peterson was charged with child abuse for striking his son with a tree branch. The Associated Press named the N.F.L.’s domestic violence problem the top sports story of 2014, ahead of Donald Sterling’s racist comments and LeBron James’s return to Cleveland.

For a league in peril, with its commissioner, Roger Goodell, under sharp attack, the next step was almost predictable: Start running some public-service announcements.

If you’ve watched a football game in the last two months, you’ve almost certainly come across one inescapable commercial. Current and former N.F.L. stars, looking straight into a camera, take turns saying the words “no more.” No more what? No more “But he’s such a nice guy” or “She was asking for it” or “He just has a temper.”